How to choose the right meditation method

You must hear about zazen, mindfulness, or vipassana meditation. What are the differences, and which one is for you?

Mindfulness and meditation have become more popular these days, known for their benefits in stress and burnout reduction. But there are so many styles and traditions. Some are more ancient, with more religious or spiritual forms, others have more modern adaptations. Which one to choose to start with? Learn the origins, main characteristics of each, and decide if it is for you.

Zazen in Japanese means “seated Zen”, or “seated meditation”. It originated from Zen Buddhism. “It began in China, spread to Korea and Japan, and became very popular in the West from the mid 20th century” (the BBC). Zen was brought to Japan in the 13th Century Dogen Zenji (1200~1253), known as the Soto Zen.

A personal note: Personally I am a fan of zazen because I love the charm of Japanese finesse. But with some rituals and chanting, you might want to see if you like it or not.

Some places to practice in Europe, the United States, Japan

“Vipassana” means “insight” or “clear seeing”. Vipassana-meditation comes from the Theravada Buddhist tradition dating back to 6th century BC, with widespread practice in Tibet and East Asia.

A personal note: Vipassana is excellent to help you ground yourself in your body, and understand how the processes of your mind work. If you are completely new to meditation, Vipassana is probably a good way to start.

Where to find it? List of Vipassana centers in the world

Mindfulness can be traced back to the yoga traditions of Hinduism. The modern form is an adaptation from traditional Buddhist meditation practices, especially Vipassana, but also having strong influence from other lineages, such as the Vietnamese Zen Buddhism from Thich Nhat Hanh). It focuses on the practices to pay attention to the “present moment”, without living in “automatic mode”.

Personal note: It is the type of meditation that is most taught for the general public, without religious rituals (schools, hospitals). The practices are super simple. It often involves nothing more than paying attention to what you do. For example, your breath while sitting, your body while walking, the taste of what you eat. What is difficult is to maintain your practice in time. Retreats for parents and children exist with games and animations during summer at Plum Village (France). My children went there and enjoyed very much.

More or less subtle or complex in religious forms, all of the meditation traditions above have one thing in common. They help your mind and body to calm down, by paying attention to your breath and being mindful of our thoughts and body tensions.

For any novice meditator, I would say there is no importance of the forms. Start with something available nearby your place that works for your lifestyle. Surround yourself with a community that can support you with positive energy and maintaining your practice.

Will you give it a try today?

6 easy ways to be happier: How to practice mindfulness in eating

Equanimity: How to stand out with a perfectly still mind

How to make the rest of my life meaningful? 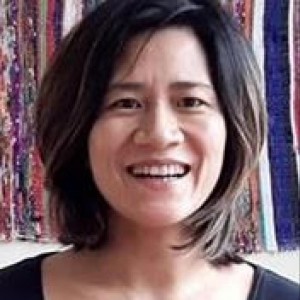 Hey, Giang here! Do you believe you can live a life and career that truly fulfill you? I do! I believe in the next era of humanity where every person is fulfilled from the inside. By simply being mindful, we spread love to other humans, plants, animals, and minerals. Join me on the Mindful Way"

Any cookies that may not be particularly necessary for the website to function and is used specifically to collect user personal data via analytics, ads, other embedded contents are termed as non-necessary cookies. It is mandatory to procure user consent prior to running these cookies on your website.